So it’s aaaaaaall happening again! After two years doing the expat thing in Australia, I’m back in America! It only took, ya know, like 50 hours. Perth-Hong Kong-New York-Boston-Denver. And all I can say after 6 days back home on holiday is: I think I’m officially a homeless expat. But first things first, right? Upon landing in Denver last week, I decided that all I needed was: a mobile, a giant raw hamburger, some Mexican for dessert, a fuckin’ bath and, oh right, to exercise my god-given constitutional, erm, I mean, Coloradan rights. Not in that order though, so off to the pot store I went!

Now, Denver was really a poor choice. My trek started circa 3pm and about -1 degrees out. Fml. Like, I literally went from 110 degrees to high’s of 10. From sea-level to mile-high. Also from $40 pint ‘n a burger to $13 though, so maybe it’s ok? Using my jet-lagged super-brain-powers, I decided that one shouldn’t drive one’s rental Kia to the pot store, legal or not, no, one should definitely walk. Why did I decide this? It’s not like I was gonna smoke there. Oh, who can say. 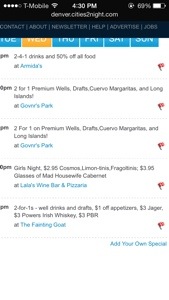 So I checked into the hotel and took off on a 1.1 mile hike in the snow / ice / death-cold. Thank fuck I’d decided to bring a coat! (Yes, I had seriously considered not bringing a coat to Denver in February. But we all know how I feel about luggage, and it’s normally only like 20 at night, not bloody ridiculous NEGATIVE 20…). So I walked and walked, the city kinda resembling a deserted, apocalyptic Day After Tomorrow death-blizzard, and finally, yes!, I arrived. And it was warm and happy and filled with joyous people selling and purchasing and generally merry-making, and then…

‘Sorry ma’am, but we’re Medicinal only.’ Clearly I’m in need of medicine, I think, but perhaps not legally that sort…. Fucker, really shoulda checked that when I picked a place, huh? So the chick told me about the closest Recreational Venue, and google maps told me no way in bloody hell I’m walking another 1.3 miles in this Denver Death Storm, so yes. Yes, I called a cab, and a very nice, very god-fearing, Ethiopian cabbie drove me to my next attempt. 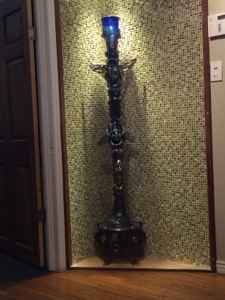 Pot Store #2: a 12-year-old tatted-up child manning the till. In front of a giant sign stating: cash only. Fucker again, of course they’re cash only. Dammit, super-power-jet-lag-brain, why aren’t you functioning for me today?? So off to the Walgreens, ATM won’t work, purchase Chapstick so as to avail self of cashback, end up spending $5 on saddest-looking homeless dude ever (I never give change to homeless dudes. But seriously, my snot is frozen INSIDE my nose, it’s only 4pm, and you’re homeless? Saddest story ever told), realize I’ve literally no idea what super-taxed recreational marijuana costs in Colorado, head to 7-11 to charge a Kit Kat (godDAMN I miss Kit Kat!), acquire $20 more, return to Pot Store #2.

‘Cash! I have cash! Sell me legal substances!’, or some such crap, and he says:

‘Sure thing man, you got your card?’

Fucking mothercunting whores (yes, that IS my new phrase, deal with it), PS2 is also medicinal only.

Pot Store #3: the whole ‘pot + driving = probably dumb’ thing dropped dead the second I walked out the door of PS2 to approximately -7 degree temps, and me ‘n my rental Kia are now smack downtown at PS3, so entertaining! I should probably mention here that I’m hardly a pot-head, like honestly I don’t even want the shit very often, it’s just that it’s legal, you know? And like, I have to. ‘Cause it’s so entertaining that it’s legal! And also now this has become such a giant fuckin’ ridiculous quest that I’m like, completely committed.

So PS3 Dude was super nice, very ’40-year-old entrepreneur with a business plan and credentials’, which I found even more entertaining than 12-yr-old PS2 dude. And success! No card needed, recreational sales, there’s a whole bloody display thing goin’ on back there, and I’m almost in, and…

PS3Dude: ‘Yeah, I’m so sorry, do you have a passport? You wouldn’t believe the paperwork for a marijuana license, and we just can’t take an international drivers…’

I have no words. I’ve been traveling for nearly 50 hours at this point, I literally can’t feel my brain, I haven’t driven in motherfucking snow in like 15 years, so today has been effortful, and I Just. Want. To Purchase. My Shit. And Pass. The Fuck. Out.

Drive drive, back to the Days Inn Colfax, which I have on good authority actually used to be an actual crack-house, passport, check!, back to the PS3.

And I’m in. I’ve been laughed at, ’cause apparently I don’t look anything like under-21, but he legally had to ask anyway. But who cares, I’m in the back room at the pot store! And omg it’s kinda amazing. There’s like… varieties. And paraphernalia. There’s hash-oil electronic cigarette thingamajigs? My brain likey, but doesn’t really understandy… And then this convo happened:

Me: ‘Uhhh… Pot?’ Yeah this is totallllly gonna go well…

Customer Behind Me: chortles, I glare, he admits he doesn’t know either…

Me: ‘Yeah, gimme the intense shit. When in Rome.’

CBM: ‘Yeah right? Like, we’re not here to chill out and journal, are we?’

Me: ‘Fuck no.’ To PS3D, ‘So, like, how much shit can somebody with literally negative tolerance smoke in four days?’

And oh my Jesus, it’s true. They also sell pre-rolled joints. Winning! So he pulls one out for me, sticks it I swear to God in a pharmacy-store, little orange pill container, and says it’ll be $14. Then decides that I’ve had A Day, and knocks it down to $10. Yes, y’all heard me, my now 4-hour quest resulted in a $10 joint. Best $10 I’ve ever spent in Colorado anywho!

So I got the low-down on the legality issues, as I really wouldn’t want to break any laws, I swear (no smokin’ up in your car or on the street, do it in private dwellings / hotels only, and who can say about that ‘still illegal federally’ thing…), took my receipt, and bolted for my crack-hotel (which, I should add, was actually totally fine and also employs what may possibly be the single friendliest group of front-desk people I’ve ever encountered in the whole world). And then it hit me:

Fuck my goddamn life, of course I got a non-smoking room, which means I’ll be enjoying this joint on the balcony, where it is currently… -10 degrees. And snowing. Well, to sum up, I did it, mainly out of spite, and about two puffs knocked me out by 8pm. 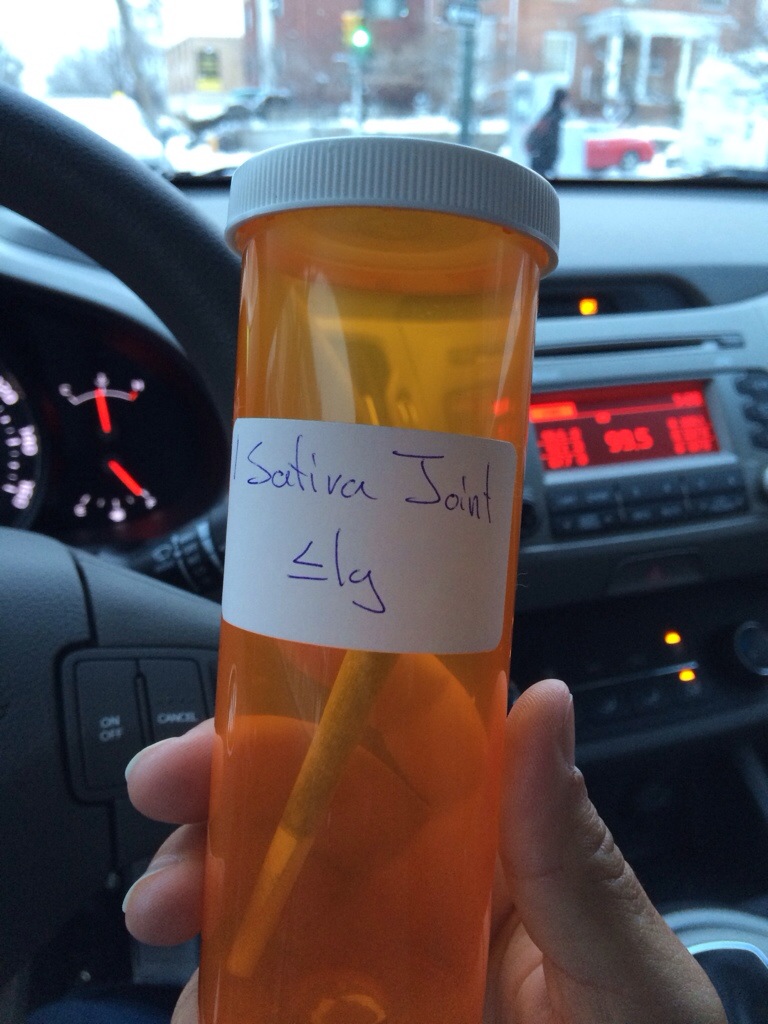