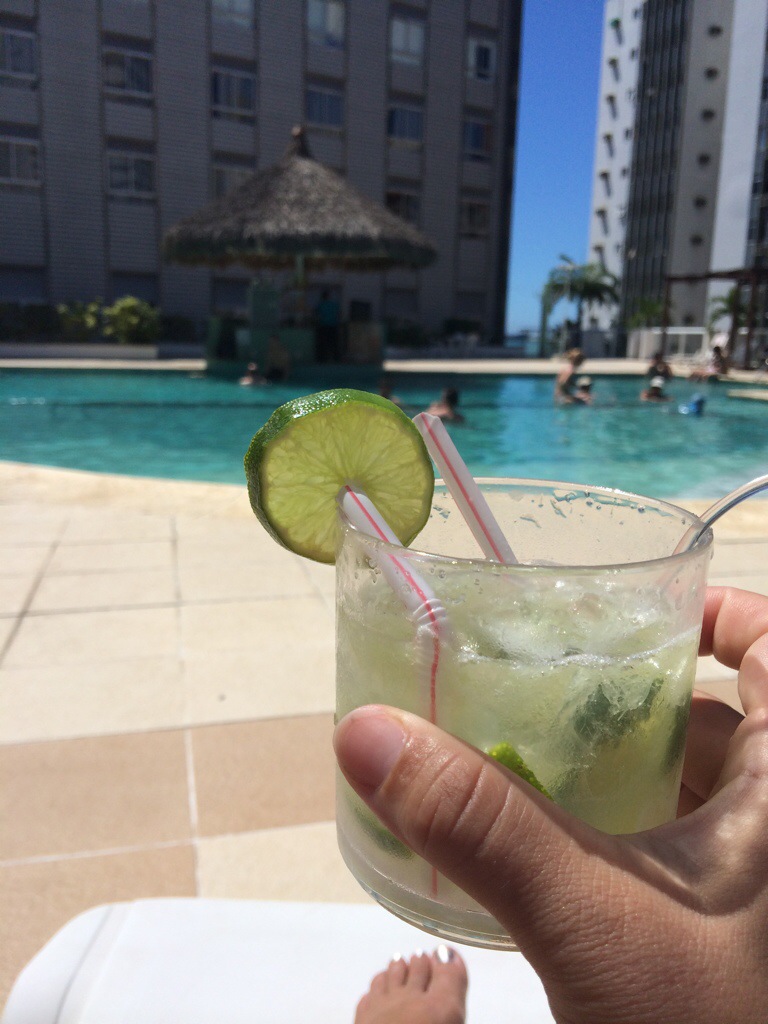 Brazil: Day 16. Death looms. Caipirinha’s consumed in the past 72 hours: possibly 18? Plus at least 18 beers. Cities visited: at least 5. Flights taken: 3. Countries visited: 2, possibly 3. Clearly, I no longer know what’s happening to me, or possibly care. Life is good, futbol is played, distance is traversed, sleep is for pansies.

Soooooo Saturday was awesome. Woke up, hungover, learned the Spanish for ‘hungover’ (tengo resaca, if anyone gives a crap), went to the beach, had a caipirinha. Or two. Blah blah, hung out at the prettiest beach on earth, failed to find dolphins, almost perfected my tan, caipirinhas, blah blah.

Was gonna call an early night, as I had a 3am cab back to the airport to catch a flight to fuck-knows-where to see fuck-knows-who play more futbol. Omg SO MUCH FUTBOL AT THE WORLD CUP. Yes, I know I shoulda seen that coming… Anywho, booked the cab with my hostel (kinda?), payed my bill (kinda?), and went out ‘for 1 drink’.

Circa midnight: I’m stuck somewhere in this hot mess

, which was actually way busier than that conveys, when I get a shoulder tap.

Brazilian Hostel Dude:
‘Hey, yo, so we got a problem.’

Me: ‘Oh, hi! I didn’t know you were here at the club listening to the band!’

Me: ‘Hey, did you come into town just to find me and tell me that?’

So I have like, 6 more caipirinhas and watch the most amazing cover band in the entire world, catch my 3am cab by about 30 seconds, and immediately pass out. One point five hours later:

I awake. In a parking lot. We are stopped. The hood is open, and some confused looking brazilianos are doing something incomprehensible in it. It’s about 4:30, my flight is at 5:30am, and my semi-functional google maps is telling me we ain’t nowhere near the Natal airport… Yet there is nothing to be done about this, so I pass back out.

And of course it works out fine, the driver sees nothing at all odd about my having no dinero, so I casually jump the queue of nearly 300 stupid Americans, and head to my gate. Where I discover:

My flight is leaving 2 hours late. So I buy a beer and steal a double espresso (don’t ask. No, really, I’ve no actual idea how that happened), and wait.

About 5 hours later, I’m landed in Rio, where I catch a cab to a different airport, check my bag, and head to the Belgium-Russia game? Yes, that’s who’s playing today!! Game was crap, but that’s ok, cause now we’re flying to Curitiba and the Adorable Husband has arrived with my laundry!! Oh god I smell weird now…

Curitiba is probably the nicest city in Brazil, I must say, but I’m going on about 34 hours awake by the time we land and catch the last half of the US-Portugal game in the airport lounge (also totally the nicest in Brazil), the last 30 seconds of which were totally fucking heartbreaking 😦

Check in, sleep 9 hours (yes!!), and we’re off to the Australia game! Also rather heartbreaking, but with a seriously ridonculous crowd. Like, Aussies in Socceroo onesies, inflatable kangaroos everywhere, Straya Cunts!, I totally managed to actually touch a game ball, and caipirinhas in the streets that some dude made me in a sink: 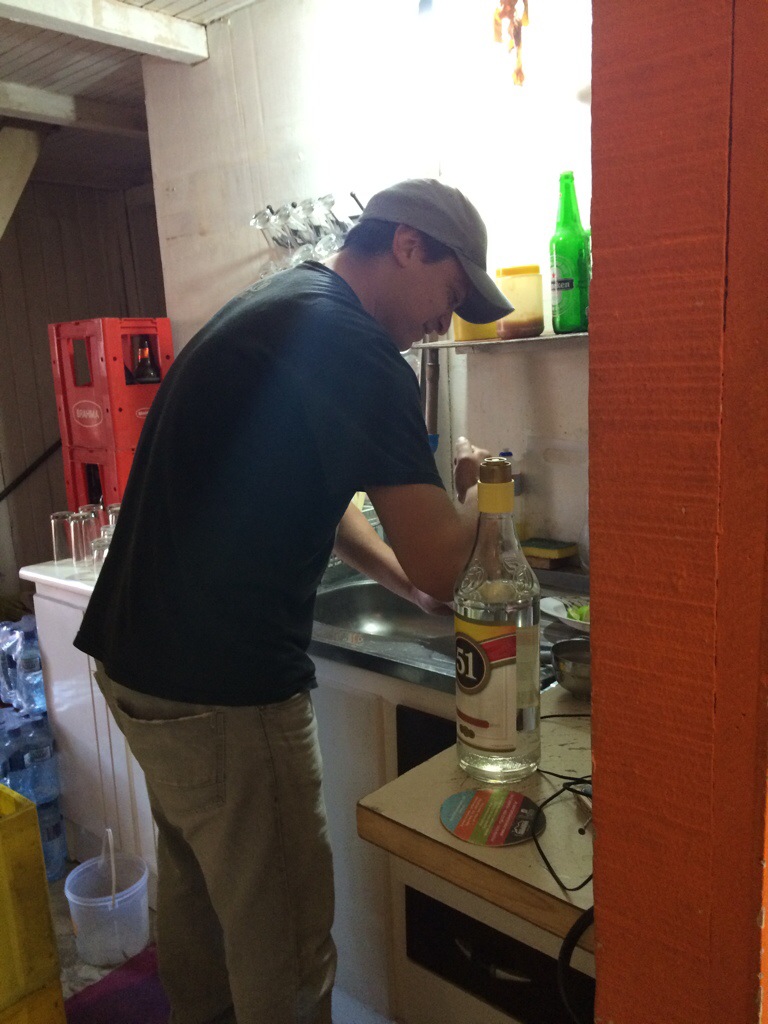 And then to a Mexican bar for the Mexico game, which of course they aren’t showing, cause it’s the same time as the Brazil game, and the entire country is on holiday when Neymar’s on the field… And then a night flight to Iguazu Falls, at which point I decide I need like, 4 more beers, and omg what city / country am I even in?

So clearly this morning I decided I needed to go to Paraguay, by local bus, cause like, it’s right there! Now I’ve heard that Paraguay is lovely, and I’m willing to believe it, but Ciudad del Este is not exactly a Mecca of awesome. More like a Mecca of ‘Jesus fuck me, are they selling handguns on the street?’ Oh well, it’s always fun to walk across a border to your 43rd country with no passport check in sight…